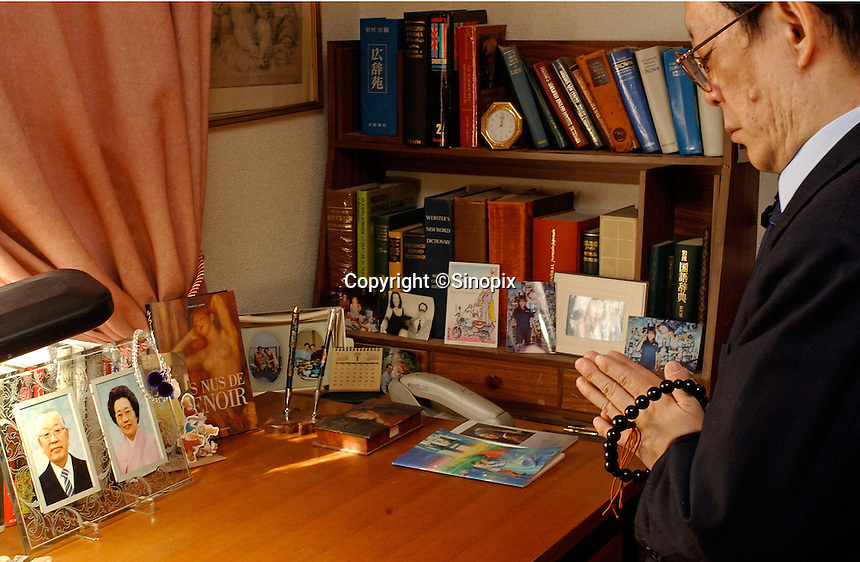 Issei Sagawa, the notorious Japanese cannibal, prays next to pictures of his deceased parents. Sagawa killed and ate a Dutch student Renee Hartevelt while studying in Paris in 1981. He was released in Japan due to political connections after being jailed then placed in a mental institution in Paris.
14-DEC-05