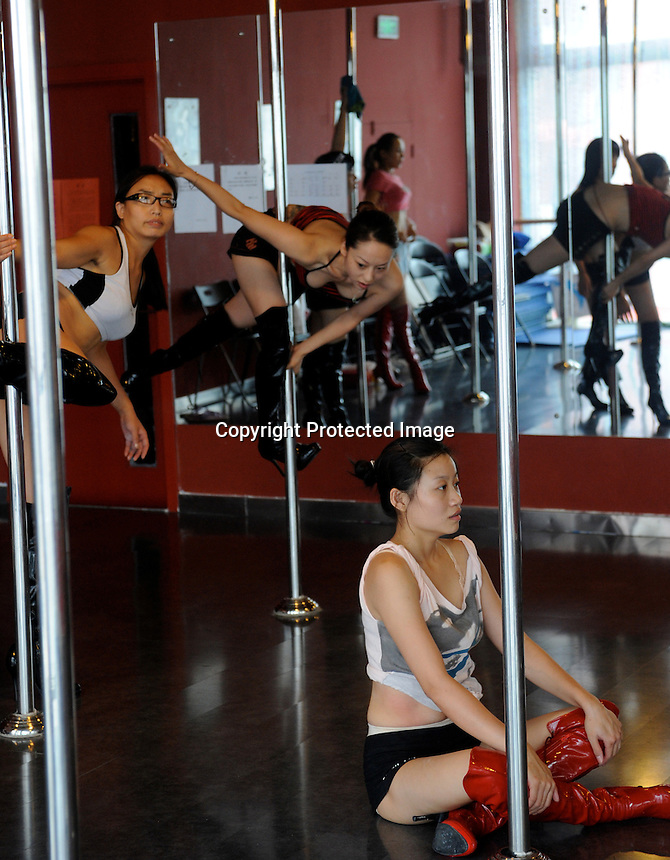 Dance studio in Beijing, China, 20 August 2008. Students pay 20,000 RMB for 3 month courses i the hope of dancing in clubs in cities across the country and Beijing. Beijing which is currently hosting the Olympic Games has banned all kinds of entertainment, such as pole dancing, that says will taint it's image during the games but is widely expected to return to "normal" after the games.