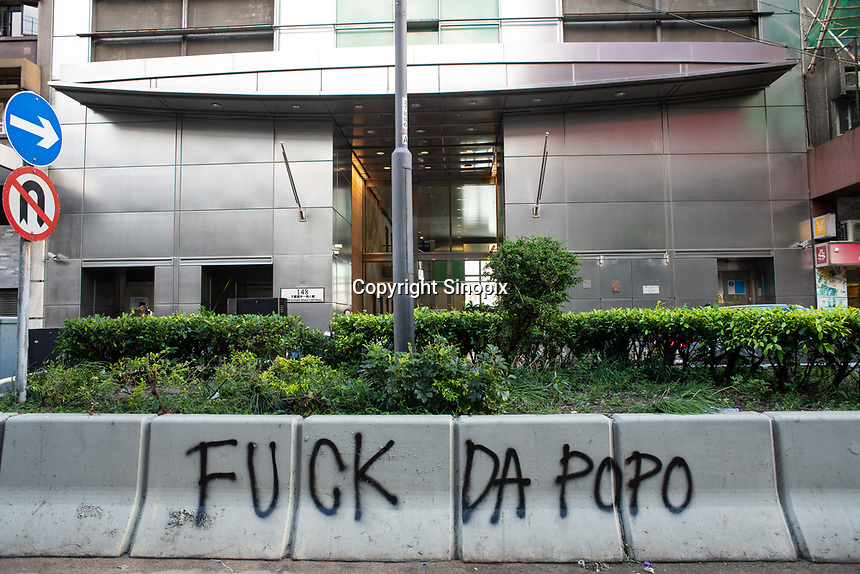 Graffiti is sprayed on the streets in Central, Hong Kong by protestors. The graffiti reads "Fuck the popo" (pop refers to the police who the protestors believe are eating with excessive force. Hong Kong has undergone 9 weeks of protests that began with the introduction of an extradition bill allowing criminals to be deported to the legal system in Mainland China but has grown wider into a pro-democracy movement.