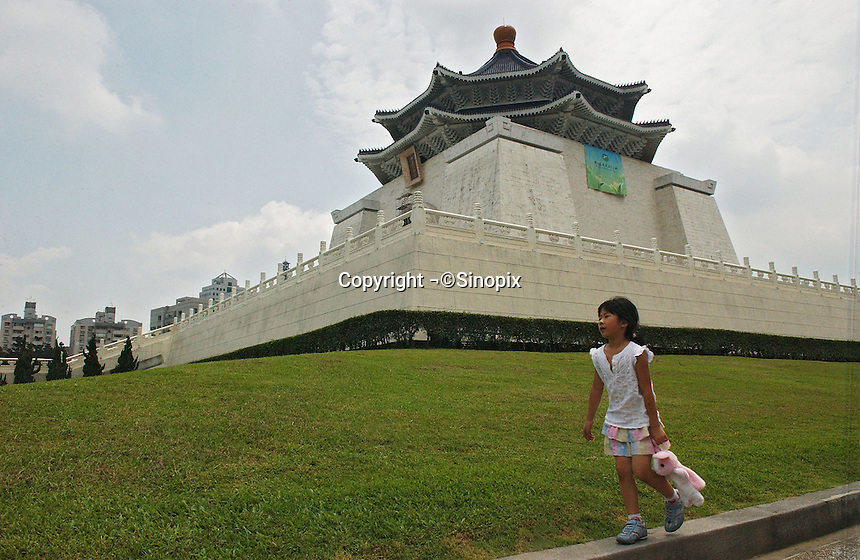 A child walks past the National Taiwan Democracy Memorial Hall, previously known as the Chiang Kai-Shek Memorial Hall. The name-change drive was pushed by President Chen Shui-bian who said that the name changes have restored historical truth and reflect the mainstream opinion of the Taiwanese people. However, the action has sparked strong criticism from the opposition, led by the Kuomintang (KMT), which favors improved ties with Beijing..18 Jun 2007