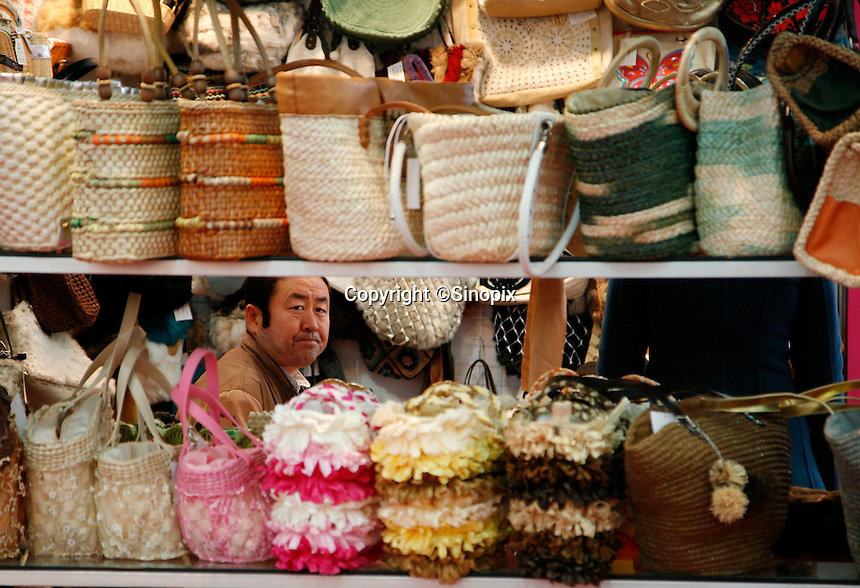 A man looks out from behind a rack of bags at the 2007 East China Fair - one of the biggest Chinese export fairs, in Shanghai, China. China's rise as an export powerhouse in Asia is owed primarily to global fundamentals such as economic growth and rising incomes among its trading partners, as opposed to the exchange value of its currency, according to a paper released earlier this week by the U.S. Federal Reserve..05 Mar 2007